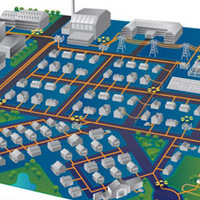 As Convenor of the CIGRE (International Committee on Large Electric Power Systems) Australian Panel AP C6 on Distribution Systems and Dispersed Generation 2003- 2009, and a member of the International Study Committee SC C6 Alex has been closely involved in the world-wide review of activities that have been undertaken in dealing with the issues of alternative generation capabilities embedded within electricity networks. This has included consideration of impact of alternative energy sources both from a technical and business point of view. 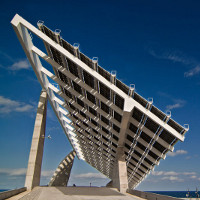 Alex is one of the team leaders of CIGRE’s International WG C6.19 “Planning and optimization methods for active distribution systems”.

Alex was convenor of the NSW Dept of Energy Ministry of Energy & Utilities Demand Management Code Review WG in 2000-01. This resulted in a Code of Practice that was accepted by both the electricity supply industry as well as the end-user community.

While a member of CIGRE SC C6 Alex was appointed convenor of CIGRE International Working Group on Demand Side Response. This has resulted in production of a major Technical Report TB475 titled “Demand Side Integration“ (available from www.ecigre.org) and forms the foundation for much of the work that is dealing with smart grids and adaptive electricity networks. Demand Side Integration has been adopted as the term covering demand side management, demand side response and similar terms.

The matter of integrated load control and telecommunications is a key issue for consideration in the requirements of the Intelligent Substation.